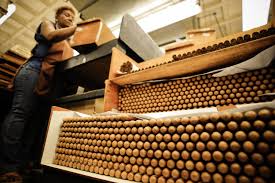 Armed with the best junk science money can buy and dubious arguments that don’t pass the laugh test the anti-smoking cabal has enlisted big government to do its bidding through the Food and Drug Administration (FDA). The FDA has compiled and promulgated new rules that could in their current form deliver a knockout blow to the boutique cigar industry, regulating it out of business.

Having a choice between a lighter regulatory regime or a much more draconian regime, unsurprisingly, the FDA has opted for the heavy handed approach to cigar regulation. Even though by law they are required to analyze the impact on small entities and consider alternatives that will minimize the effect on small entities, like it says in the statute, the Regulatory Flexibility Act, 5 U.S.C. §601 et seq. which, “requires federal agencies to consider the impact of their regulatory proposals on small entities, and inter alia, to analyze effective alternatives that minimize small entity impacts,” as noted by the Global Premium Cigars lawsuit against the FDA.

While wrapping themselves in the mantle of protecting people from the harmful effects of second-hand smoke and preventing children from becoming addicted to smoking premium cigars, the one size fits all regulatory monster that is the FDA’s deeming regulations does neither.

If you will still be able to buy premium cigars from large manufacturers that were grandfathered into the legislation, what does the law accomplish? The short answer is absolutely nothing.

Do you really believe that a whole generation of kids have suddenly taken up the habit of smoking $8, 9 and $10 Premium cigars? If so I’ve got a bridge to sell you. This is what passes for effective regulation nowadays.

What the FDA’s deeming regulations will really do is make it economically impossible for smaller premium cigar makers to navigate the regulatory gauntlet that they plan to make them run. The same FDA that didn’t approve a single application out of the 3,500 submitted by cigarette manufacturers from 2009 to 2011 will now take on the added responsibility of regulating every new premium cigar marketed from 2007 forward.

Here’s a fair question, what will they be regulating? Premium cigars have only one ingredient: tobacco leaf.

The filler leaf is bunched inside of a binder leaf which is then rolled inside a wrapper leaf. There are no additives just tobacco leaf rolled up inside of more tobacco leaf. What do you regulate, which way the cigar was rolled: left to right or right to left?

To add to what are already significant risk of running any business the FDA is making it up as they go. The companies that’ll be subject to complying with the new rules might want to know what the cost associated with compliance will be and the timeframe for approval. The problem is the FDA doesn’t know and can’t tell them. Any time you see regulations announced without a schedule of costs or guidance on the regulation process itself you’re in trouble. The so-called deeming rules are not regulations they are prohibitions on small manufacturers — preventing them from doing business.

If you are still buying the anti-smoking crusaders’ propaganda that second-hand smoke is killing many thousands of people every year just ask them to point to a single study that tells you what level of exposure to second hand smoke is dangerous. They can’t tell you because it has never been measured in any of the so called “scientific studies” which for the most part are simply surveys of people who have lung cancer and can remember being exposed to second hand smoke at some point in their life. It’s not science, it’s propaganda.

If you’re not concerned about the 30,000 or so citizens, your neighbors and their families whose economic livelihood will be destroyed by the machinations of nanny state just wait. They’ll get around to you sooner or later. Because where big government is concerned the ends always justify the means. Even when the ends accomplish nothing.

Dave Cribbin is the Owner, Chief Cook and bottle washer at Rolling Thunder Cigars based in Pinellas Park, Fla. This article comes from www.NetRightDaily.com.