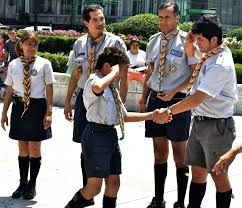 The National Republican Congressional Committee (“NRCC”) is upset with Rep. Sean Patrick Maloney (D-Cold Spring). His Republican opponent, Phil Oliva, is also upset with him. Their angst is over numerous issues, as one would imagine. ObamaCare. Middle East policy. Abortion. Treatment of veterans. How money is spent in Washington.

And how about the Federal Information Systems Safeguards Act? What’s that, you ask?

It’s a bill just voted on by Congress. It’s a bill that Maloney voted against. It’s a bill that was designed to hold federal employees more accountable for misdeeds in their jobs. Potential miscreants that the act was issued to gain more control over are those known as the SES. They sound like people in tight uniforms that hold up their hands as they walk in perfect stride with each other. But ney, the SES are just some upper brass federal-ites; SES is an acronym for Senior Executive Service employees. They’re higher-ups in government management. And the NRCC and Oliva would like to see greater latitude in punishing them when they do wrong.

The Federal Information Systems Safeguards Act does just that. It allows for easier demotions, suspensions, and firings of these potential wrongdoers. And Maloney said “Niet!” That’s Russian for “no”!

“Sean Patrick Maloney’s vote against this bill could not be more transparent, showing where his true loyalties lie,” offered NRCC Communications Director Katie Martin. “His decision to protect Washington bureaucrats instead of holding them accountable for their poor performance proves he cannot be trusted to put the interest of New York above all else.”

Oliva, a Westchester resident who is running on a platform that includes limiting the size of government, agrees. “Unfortunately, this is not surprising behavior from Sean Patrick Maloney. He always sides with Washington bureaucrats against everyday American citizens, like when he voted to protect IRS bureaucrats from being held accountable after it was discovered they were targeting conservative groups for politically motivated audits,” Oliva stated. “Voters have a high level of distrust of our federal government and for Sean Patrick Maloney to instinctively protect the interests of Washington bureaucrats and shield them from accountability just further illustrates that he is just another failed, out-of-touch Washington politician who needs to be replaced.”