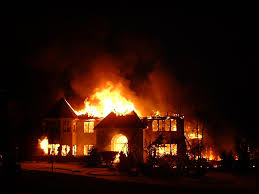 Bronx District Attorney Darcel D. Clark today announced that a Bronx woman has been indicted on charges of criminally negligent homicide and endangering the welfare of a child stemming from the April 13, 2016 deaths of her young daughters, who were alone in their apartment when a fire erupted.

District Attorney Clark said, “The loss of these two young girls is a devastating consequence of their mother’s seemingly innocuous actions.”

District Attorney Clark said that the defendant, Haya Konte, 27, was indicted on two counts of criminally negligent homicide and two counts of endangering the welfare of a child. She was arraigned today, July 5, 2016, before Bronx Supreme Court Justice William Mogulescu. Konte was released on her own recognizance after surrendering her passport and is due back in court on September 7, 2016.

According to the investigation, on the night of April 13, 2016, Konte left her daughters Jainabu Jabbie, 2, and Adama Jabbie, 18 months, alone in their apartment at 1368 Webster Avenue in the Butler Houses while Konte went to do laundry across the street. Incense was left burning in two places in the home, and ignited a fire that swept through the apartment and killed the sisters.