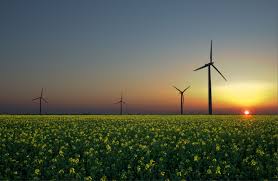 Environment New York Research & Policy Center will deploy over a thousand door-knockers this summer in a multi-million-dollar effort to educate New Yorkers about the possibility of 100 percent clean, renewable energy.

Part of a nationwide campaign to reach more than 1.3 million Americans, canvassers from offices in New York City will distribute literature to more than 86,000 New York households, showing that the country has both the tools and the imperative to transition entirely off dirty fuels to clean sources such as wind and solar.

“To have healthier and more economically vibrant communities right now, and a livable future for our kids, we need to transform the way we produce and consume energy,” said Heather Leibowitz, Director of Environment New York, “The good news we’re spreading is that 100 percent renewable is 100 percent possible.”

The effort comes after the passage of the Climate and Community Protection Act by the New York State Assembly. The act aims to minimize the effects of climate change on New York communities, by increasing efforts to reduce carbon emissions, while focusing on the health and safety of citizens.