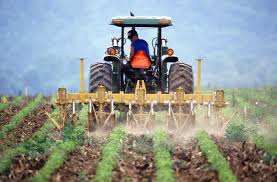 Farmworkers are excluded from the critical protection of the right to organize without fear of retaliation under New York state’s labor law, a violation of the state constitution that forces them to work in life-threatening, sweatshop-like conditions, according to a lawsuit filed by the New York Civil Liberties Union against New York state and Governor Cuomo today in the State Supreme Court. It is the first lawsuit that demands that farmworkers receive the same basic protections from the state that virtually every other worker receives.

“It’s a shame for New York that in 2016, a holdover, racist policy from the Jim Crow era prevents farmworkers from organizing to improve their brutal work conditions,” said Donna Lieberman, executive director of the New York Civil Liberties Union. “Enough is enough. Farmworkers who we depend on to put food on our tables deserve no less dignity and humanity than any other hardworking New Yorker.”

The NYCLU’s lawsuit was filed on behalf of Crispin Hernandez, who was fired from one of New York’s largest dairies, Marks Farms LLC in Lowville, after his employer saw him meeting with co-workers and an organizer to discuss workplace conditions, even though it was after work hours and in a worker’s personal residence. Hernandez, who had been working 12 hour shifts six days a week at Mark’s Farms for three years since he was a teenager, lost both his job and his home.

The NYCLU’s lawsuit was also filed on behalf of the Workers’ Center of Central New York, a group that organizes and advocates for low-wage workers, and the Worker Justice Center of New York, an organization that seeks justice for farmworkers through advocacy and legal representation. Both groups have been unable to provide critical supports to farmworkers because they are unconstitutionally excluded from protections for organizing.

Farming in New York is a multi-billion dollar industry, with sales of $6.36 billion in 2014. The state’s approximately 60,000 farmworkers are critical to making New York a national leader in farm produce and the fourth largest dairy producer in the country.