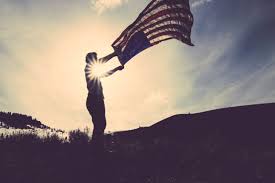 Humbled, but by no means defeated, four former servicemen were recognized by Senator Terrence Murphy for their service to their country at a ceremony held at the Mahopac Library on Monday, May 2nd.

The ceremony marked the unveiling of a Moving Veterans’ Wall sponsored by Senator Murphy and the New York State Senate Veterans’ Hall of Fame. The wall honors the wartime and civilian accomplishments of veterans from all conflicts of war. It will be on display at the Mahopac Library from May 2nd through the 13th.

“These men offered their lives to a cause greater than themselves. Their bravery helped make America great and should never be forgotten,” Senator Murphy said. “When these men came home, they served their communities with distinction, as firefighters, legislators and business leaders, while continuing to reach out to help their fellow veterans.”

Putnam County Sheriff Donald Smith, who served in the U.S. Army as a Brigadier General, added his heartfelt thanks. “This day is all about honoring those who love this country so much they marched to the sound of the guns, answering their country’s call to arms. My prayer for young people is that they never have to go through war. We must always be ready to defend ourselves, but as soldiers we honor the dead by serving the living.”