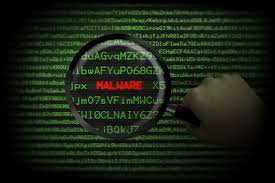 Preet Bharara, the United States Attorney for the Southern District of New York, announced today that VLADIMIR TSASTSIN was sentenced in Manhattan federal court to more than seven years in prison for perpetrating a massive internet fraud scheme by infecting more than four million computers in over 100 countries with malware. The malware secretly altered the settings on infected computers, enabling TSASTSIN and his co-conspirators to digitally hijack users’ Internet searches and re-route their computers to certain websites and advertisements. As a result, the defendants received millions of dollars in fees from advertisers who paid the defendants to bring customers to their websites or ads, but were unaware that the defendants did so by digitally hijacking victims’ computers.

The malware also prevented the installation of anti-virus software and operating system updates on millions of infected computers, leaving those computers and their users unable to detect or stop the malware, and exposing them to attacks by other malware. On July 8, 2015, TSASTSIN pled guilty to one count of conspiracy to commit wire fraud and one count of conspiracy to commit computer intrusion. U.S. District Judge Lewis A. Kaplan sentenced TSASTSIN earlier today.

U.S. Attorney Preet Bharara said: “Vladimir Tsastin was sentenced today to 87 months in prison for his role in a massive fraud scheme, which victimized more than four million Internet users in 100 countries. By falsely collecting advertising fees for every ‘click’ their victims made, Tsastsin and his co-conspirators collected over $14 million. Together with our law enforcement partners all over the globe, this Office will continue to investigate and prosecute sophisticated cyber frauds.”

From 2007 until October 2011, TSASTSIN and co-defendants Andrey Taame, Timur Gerassimenko, Dmitri Jegorov, Valeri Aleksejev, Konstantin Poltev, and Anton Ivanov controlled and operated various companies that masqueraded as legitimate publisher networks (the “Publisher Networks”) in the Internet advertising industry. The Publisher Networks entered into agreements with ad brokers under which they were paid based on the number of times Internet users clicked on the links for certain websites or advertisements, or based on the number of times certain advertisements were displayed on certain websites. Thus, the more traffic that went to the advertisers’ websites and display ads, the more money the defendants earned under their agreements with the ad brokers. The defendants fraudulently increased the traffic to the websites and advertisements that would earn them money and made it appear to advertisers that the Internet traffic came from legitimate “clicks” and ad displays on the defendants’ Publisher Networks when, in actuality, it had not.