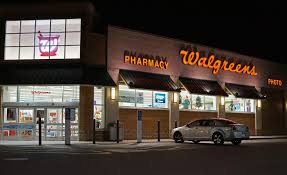 “Businesses are required to ensure that their advertisements are truthful and not misleading,” said Attorney General Schneiderman. “When consumers purchase products at retail stores in New York, they should be able to rely on the prices displayed in advertisements and on shelf tags and not have to worry about being overcharged when they get to the register.”

“Walgreens has failed to provide the staffing and systems needed to accurately price its products,” said Michael Zucker, Director of Change to Win Research Initiatives. “We’ve seen these deceptive practices in a number of other states, costing consumers and violating the public trust. We applaud Attorney General Schneiderman for taking strong action and standing up for New York consumers.”

The Attorney General’s investigation also found that Walgreens failed to provide consumers with clear and consistent information concerning its Balance Rewards Points program, a loyalty incentive program that allows consumers to redeem points toward a discount on future purchases. For example, Walgreens’ website contained two different charts regarding point redemption. One chart showed that consumers could redeem points starting at 1,000 points, which is equivalent to a $1.00 discount. Another chart, however, showed point redemption starting at 5,000 points, which is equivalent to a $5.00 discount. Furthermore, Walgreens employees did not routinely ask consumers whether they want to redeem their accumulated points toward their current purchases during the check-out process.

In addition to paying $500,000 in penalties, fees, and costs, Walgreens has agreed to several important reforms of its current advertising and business practices in New York.