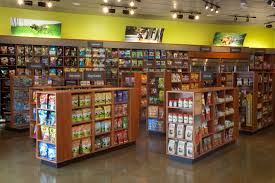 A pet store owner in Mohegan Lake has been arrested following a new series of violations stemming from his former Danbury pet store. As reported by the Danbury News Times, Mr. Richard Doyle, 56 of Mahopac, “maliciously caused wounds” to a St. Bernard puppy according to an arrest warrant and has been charged with animal cruelty and practicing veterinarian medicine without a license. This is Doyle’s third arrest since July of last year.

In a letter to the New York State Commissioner of Agriculture and Markets, New York State Senator Terrence Murphy has formally requested Doyle’s license as a pet store owner in New York State be suspended until the legal process concludes any wrong doing.

“Three strikes and your out,” Murphy said. “Animal cruelty in of itself is despicable but to be charged on three separate occasions it is time for New York State to step in and do the right thing. Mr. Doyle’s license should be suspended until the courts rule on all of the charges he is facing, and if found guilty, his license needs to be permanently revoked.”

In a letter dated January 14th, Murphy requested for immediate and “regularly scheduled inspections” of Doyle’s Westchester store. Since first being charged last year, Doyle has sold two of his three pet stores, including establishments in Danbury and Wappingers Falls.

“New York State needs a zero tolerance policy when it comes to animal abuse,” Murphy continued. “I have introduced and supported a number of measures to strengthen our laws and protect our animals that are unable to protect themselves. These recent revelations should be a wake up call for the legislature to act and act now.”

As a result of the second arrest brought against Doyle, Senator Murphy started a Protect Our Pets Petition which gathered more than 500 signatures. In addition, the freshman Senator introduced S.6634 which would provide more frequent inspections of pet dealers who have been charged with violations. The bill is expected to be approved by the Agriculture Committee at their next meeting in May.

Shannon Laukhuf, Executive Director of the Westchester SPCA said, “If Mr. Doyle is proven to be responsible for multiple acts of animal cruelty then he should be out of business. Pet stores can be difficult places for animals. The recent law passed in Mamaroneck that bans the sale of commerically-bred dogs and cats will go a long way in preenting the abuse of animals. We applaud Senator Murphy’s efforts, and would gladly work with him in getting legislation passed that could benefit the safety of pets and animals.”