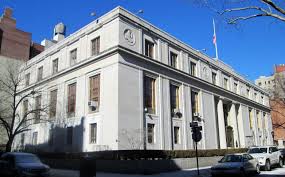 The New York State Bar Association today extends its sympathy to the family and friends of Robert MacCrate, who served as its president from 1972–1973 and president of the American Bar Association from 1987–1988.

As State Bar president, MacCrate’s tenure was marked by his concerns for the legal profession. He influenced many of today’s state and national professional tenets, including opposition to allowing lawyers to partner with non-lawyers in multidisciplinary practices.

MacCrate was one of the leaders of a coalition of state and local bars that blocked passage of recommendations of the ABA Commission on Multidisciplinary Practice. The commission had proposed relaxing the professional conduct rules to allow lawyers and non-lawyers to share fees as single businesses.

He spearheaded the ABA’s landmark “MacCrate Report,” the 1992 report of the ABA Task Force on Law Schools and the Profession, which he chaired and considered one of his most notable legal victories.

The MacCrate Report called for practical legal skills training during and after law school, and touched off a national discussion on the future of legal education. In 1996, the ABA House of Delegates adopted recodified Standards for the Approval of Law Schools that incorporated many of the task force recommendations.

Active in the State Bar after his presidency and retirement, MacCrate was the recipient of many honors, including the Association’s highest award, the Gold Medal, in 1999, and the prestigious ABA Medal in 2001.