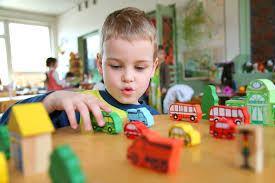 In response New York State’s 2016 budget plan for pre-K and child care, the Ready for Kindergarten, Ready for College released the following statement.

The state has wisely increased its investment in full-day pre-K for a fourth year in a row, adding $22 million in new funds to the enacted budget to create new seats for three-year-olds. That investment will add a second year of pre-K for a growing number of children, which is known to be more effective than just a single year. This funding will only go to districts that already have pre-K for 4-year-olds.

The budget also includes $2 million to support quality enhancements for early learning programs. These investments are vital as evidence shows that quality early education can be a game-changer for children, putting them on the path to success in school and beyond.

We also find it unconscionable that state leaders failed to make a significant new investment in child care subsidies, which also provides access to early learning. The Assembly did include $75 million for child care subsidies for 10,000 children. But the investment was blocked by the Governor and Senate Majority Leader, which is particularly startling given the urgent need that was highlighted during the budget hearings. This leaves tens of thousands of eligible children without access to child care. Currently, only 22 percent of the children eligible for a child care subsidy get one.

Ready for Kindergarten, Ready for College is a coalition of groups comprised of the Alliance for Quality Education, the Center for Children’s Initiatives and Citizen Action of New York.