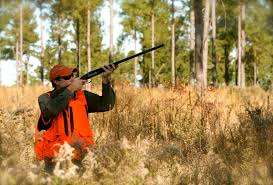 2015 is the first year in decades without a reported fatality, marks growing trend of improved hunter safety
The 2015 New York hunting season proved to be one of the safest on record and yielded the first year without a hunting-related shooting fatality since the 1950s, New York State Department of Environmental Conservation (DEC) Acting Commissioner Basil Seggos announced today. DEC’s 2015 Hunting Safety Statistics report highlighted a total of only 23 hunting incidents, the third lowest number on record, with 10 incidents self-inflicted and 13 two-party incidents.

“Hunting is a strong and economically important tradition that continues to be safely enjoyed by many in New York State, and I commend hunters of all ages for maintaining high standards in hunting safety,” Acting Commissioner Seggos said. “The trend of declining hunting accidents is proof that our hunter safety education programs are working thanks, in large part, to the efforts of the 3,000 volunteer Sportsman Education Instructors that teach our hunter safety courses every year.”