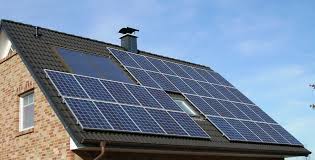 State Eases Interconnection for Utilities and Provides Outreach Services for Developers and Installers
ALBANY — The New York State Public Service Commission (Commission) today announced new regulations making it faster and easier for solar energy, microgrids and other distributed generation projects to connect to the electric grid and advance the development of renewable power under the state’s new Clean Energy Standard.

“Today’s action is another step in New York’s long-term commitment to bringing clean, low-cost power to every corner of New York State,” said Commission Chair Audrey Zibelman. “These new regulations will make it easier for distributed generation developers to work with utilities to find the best places to connect innovative solar power projects that will protect the environment, lower energy costs and improve the efficiency and reliability of the electric grid.”

The Commission’s order increases the size of distributed generation projects (from 2 MW to 5 MW) that may apply under the state’s “standardized interconnection” process. In addition, under the previous regulations, interconnection developers had to pay the entire cost of interconnections up front. That up-front cost will now be cut to 25 percent, although construction will not begin until full payment is received, according to the new Standardized Interconnection Requirements (SIR) approved today. The Commission also amended its rules to enable utilities to more-easily process and analyze the large numbers of applications currently filed by solar and other DG power developers.

In developing today’s order, the Commission took the comments and suggestions from industry developers, utility managers and environmental groups. For example, the Commission will now require the filing of a pre-application report that help utilities determine whether a proposed interconnection project is viable and located in the right geographical area.

“While other states have recently slowed solar development through regulatory actions, New York has strongly embraced the development of renewable power as it considers changes to encourage and promote the financing and installation of solar and other clean-power sources,” said Chair Zibelman. “The overall goal for these SIR modifications is to enhance and speed up the interconnection application and review process, as well as the overall interconnection process. Given the significant increase in interconnection applications, improvements in the overall process are needed and further modifications may be needed as additional lessons are learned and technology evolves.”

From 2012 -2015, New York has seen an increase of 575 percent in the amount of solar power installed and in development, which has also generated a significant increase in the number of solar-related jobs across the State. According to a national report announced in February, New York’s solar industry is now the fourth largest in the nation and currently employs more than 8,250 workers, an increase of more than 3,000 jobs since 2013. In 2016, double-digit job growth is expected to continue with another 1,000 additional jobs created as a result of the state’s robust solar project pipeline.