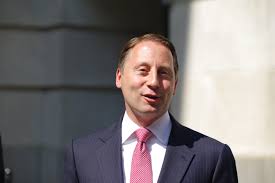 The Reform Party was created as a ballot line by supporters of Republican Westchester County Executive Rob Astorino in his race for governor in 2014. Its two principal positions are replacing Common Core with a better educational curriculum devised at the local level and term limits for state office holders. Mr. Astorino term limited himself to three terms as county executive in 2010.

The Reform Party also strongly supports eliminating pensions for elected leaders who are convicted of serious crimes involving the misuse of their public offices.

“We’re going to make things very simple for 2016,” said Reform Party Chairman Bill Merrell, in discussing the Party’s endorsement process for state candidates. “We will only consider granting ballot status to candidates who demand a floor vote on term limits in Albany this year. It’s been a long time since we’ve had a true citizen legislature of the type our founders envisioned; only term limits can deliver one back to the people.”

The Reform Party also reiterated its call for full repeal of the experimental federal Common Core curriculum in New York, which the Party wants replaced with a new set of academically rigorous standards created at the state and local level with the input of parents and teachers.