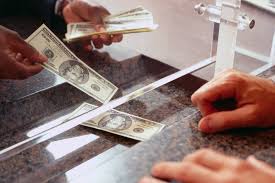 Power of attorney forms-that New Yorkers rely on to protect their financial and legal interests should they become medically incapacitated-are “too complex and prone to improper execution,” according to the New York State Bar Association.

The State Bar Association proposes legislative changes to the existing New York power of attorney law, simplifying the forms and imposing monetary penalties on banks and other financial institutions that ignore them.

“The current form is needlessly complex,” said Ellen G. Makofsky of Garden City (Makofsky & Associates), who concentrates her practice on elder law. “I have clients whose modified power of attorney form is longer than the wills that I prepared for them.”

Makofsky chairs the Working Group on the Power of Attorney, whose report was approved by the State Bar’s House of Delegates on January 29. . It includes representatives of five Association sections: Elder Law and Special Needs, Trusts and Estates, Business Law, Real Property Law and Health Law.

The state law was changed in 2008 and 2010 to require banks and other institutions to recognize legally valid power of attorney forms.

Despite that legal requirement, the report found, “many banks and financial institutions still mandate that their own forms be used because there are no sanctions for failing to honor a valid Statutory Power of Attorney.”

The report noted that similar remedies, such as damages and attorney fees, have been adopted in other states. “Banks and financial institutions profitably operate under these laws in those states. We see no reason why the same institutions cannot function under the same provisions in New York state.”