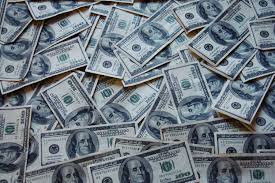 The Senate report also estimates additional General Fund revenues above the Executive’s projection of $585 million for Fiscal Year 2017, and $344 million more for the remainder of state Fiscal Year 2016.

Senator Flanagan said, “We continue to make progress in rebuilding our economy, but there’s more work to be done. That’s why we must use these additional state revenues to invest in more initiatives that cut taxes, create jobs, and help hardworking New Yorkers. As we continue on course to pass a sixth consecutive on-time budget, the Senate remains committed to controlling spending, eliminating the Gap Elimination Adjustment to help our schools, providing parity for upstate and downstate transportation funding, and giving real tax relief that will make New York more affordable and create better opportunities for residents throughout the state.”

Senator Catharine M. Young, Chair of the Senate Finance Committee, said, “This revenue forecast is proof that by holding the line on spending we have put New York State on a path of fiscal responsibility. With the revenue forecast now in hand, we can continue to make progress toward a sixth consecutive on-time budget.”