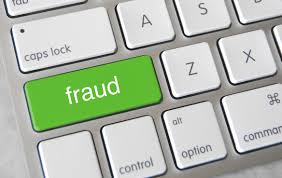 Earlier today, Michael Conway, the President of Choice Office Solutions LLC, pleaded guilty to wire fraud in connection with a scheme where he forged numerous lease agreements to defraud an individual investor and De Lage Landen Financial Solutions Partner (DLLFSP) of more than $3.5 million. Pursuant to his plea agreement with the government, Conway has agreed that he is liable to pay restitution in the amount of $3,555,493.40 to the individual investor and $1,203,516 to DLLFSP. When sentenced, Conway faces up to 20 years in prison.

“Through a web of lies, deceit and forgeries, Michael Conway induced an individual investor and a lending firm to invest millions of dollars with his company. Conway presented his unsuspecting victims with forged lease agreements and represented to them that he had entered into lucrative contracts to lease office equipment with more than 50 companies, including law firms, universities, and a major league baseball franchise, when in reality, a number of these agreements were worthless,” stated United States Attorney Capers.