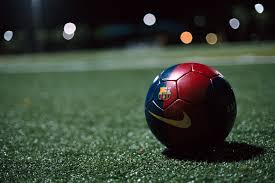 Sports Interactive Ltd., the creative studio behind the Football Manager series of games and Mondogoal Trading Ltd., the leader in global daily fantasy football for free and for cash formats, today announced a major exclusive partnership. As part of the partnership, Sports Interactive will now offer its loyal customer base the chance to play Mondogoal daily Fantasy Football and Mondogoal will be featured on pitchside advertising hoardings within Football Manager 2016.

Mondogoal CEO and Founder Shergul Arshad states, “We are excited to be involved with Football Manager, their fans are among the most passionate and sophisticated football fans in the world. With the introduction of ‘Fantasy Draft Mode’ into this year’s version of the game it seemed like the perfect time to get involved and integrate two top products in the world of football gaming.”

“Our fans are famously knowledgeable about football and this partnership with Mondogoal will allow them an opportunity to test that knowledge against their fellow supporters,” says Miles Jacobson, Studio Director of Sports Interactive. “In addition to offering our fans a series of exclusive offers, we will also work closely with the Mondogoal team to promote both Football Manager and daily fantasy football to the widest possible audience.”

Mondogoal, with gaming licenses in the Isle of Man and United Kingdom, already partners with some of the world’s leading teams, including the reigning EPL champions, Chelsea FC and the La Liga champions, FC Barcelona. Mondogoal also works closely with West Ham United FC, Tottenham Hotspur, Valencia C.F., and AS Roma. With Mondogoal, simply login or create an account, add funds, and every matchday there is the chance to win money by building a formidable starting 11 and competing in a Head-to-Head battle or Multi-User-Tournaments.