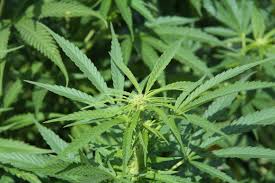 The Cannabis Consumers Coalition (CCC), a cannabis consumer advocacy and watchdog organization, based out of Denver, CO with offices in Maryland, has issued a report ahead of Maryland’s anticipated summer 2016 roll-out of their medical cannabis program asking policymakers to increase the amount of medical cannabis cultivation licenses. After reviewing and analyzing consumption data in states with legal marijuana programs, and comparing the data to the potential number of patients, the organization calculated a potential deficit of 41,066 lbs., even if plants are grown under ideal conditions.

Maryland anticipates 125,000 people to register as patients, approximately 15,000 more patients than those registered in Colorado, which has hundreds of cultivation facilities. Maryland has a higher population than Colorado, and allows for more medical conditions to qualify for medical cannabis certificates and accepts out-of-state patients, which could result in several thousand more people registering as medical cannabis patients. In comparison to Colorado, which has about 600,000 less people than Maryland, 15 cultivation centers seems very low.
The CCC recommends adding an additional 10 cultivation licenses, and to assess the need for more in the future, which is a reasonable request. The largest concern expressed in the report is that patients will have to go to the black market to meet their needs, putting them at risk. The report also notes that if that were to happen, the amount of revenue lost to the black market would be approximately $143.7 million, with the state losing an estimated $8.6 million.

Executive Director, Larisa Bolivar, is originally from the DC metro area with family currently residing in Maryland. “Proper cannabis legalization is a very important cause to me and I want to ensure that the program is rolled-out the right way the first go around,” states Ms. Bolivar. “Maryland borders our nation’s capital, and setting a good example for the rest of the nation to follow is not only very critical to cannabis’s legitimacy as a medicine, but also as a legitimate medical program where patients can access a reliable and safe source of quality and affordable medical cannabis,” Ms. Bolivar continues.

Maryland will also see a flood of patients as soon as they begin accepting registration applications, which will be six months prior to medical cannabis being available at licensed dispensaries. The state allows physicians to write certifications for any ailment that has not been treatable through conventional methods, PTSD and, most critically, the state is also allowing non-residents to obtain certifications as long as they have qualifying conditions. All of this leading to the realization of a shortage as soon as patients begin purchasing cannabis in early 2017. If needs aren’t meet, an already existing black market will be attractive to patients. Allowing for 10 more cultivation licenses can at least mitigate any potential problems of not meeting consumer demand, and at least give the state and patients a safety net while the program matures.