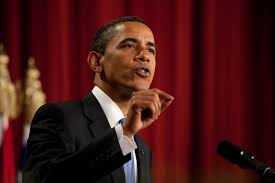 Last night Barack Hussein Obama delivered his final State of the Union Address, hoping for it to be a historic moment as he winds up during the winding down days of his failed presidency. The Barackster completely missed the boat in his presentation to the country – and the world.

Ten U.S. sailors have been captured by the Iranian military because two small American boats allegedly wandered into Iranian waters. Obama forgot to mention this, at all, in his address.

This kidnapping comes on the eve of the dangerous Iran Nuclear Deal going into formal effect. Why the Iranian government wants to taunt the United States after Obama gravely faltered in providing the terrorist-based nation with this sweatheart deal is confusing. Perhaps it’s because Iranian leaders do not fear, or even respect, America’s commander-in-chief. Perhaps, it’s because they are lunatics. Perhaps it’s a lot of both. In any case, Obama’s response during his worldwide speech, to something that could justifiably be deemed an act of war, was this: nothing.

Instead, the president made an obvious jab at Republican presidential candidate Ted Cruz, mocking the Texas Senator’s declaration that he would “carpet bomb ISIS.” Obama made it clear that he doesn’t think such a necessary plan is a good idea. He furthered his condescension with remarks about people in “pick-up trucks”; he tried to make it appear like he was talking about Islamic terrorists (although he would never dare to utter that appropriate term), but it more sounded like a shot at certain Americans.

A powerful miscue by the president were claims that Republicans have the ISIS threat (and their growing organization) “overblown.” In its entirety, his pompous words about his foreign policy were defensive.

The Obaminator made it particularly obvious that he was assaulting valid and courageous position points presented by GOP presidential frontrunner Donald Trump. He used a base tactic to shortchange the complexity of Trump’s stances by saying that targeting people by race or religion isn’t a matter of political correctness. As the master of PC, Obama may excite his cult following with such diatribe, but it is see through to all else. Trump hasn’t targeted anyone on the basis of “race” – and where he has mentioned religion, it has largely been in the context of that term Obama so fervently declines to verbalize: Radical Islamic Terrorists.

Tonight something historic did indeed occur. It wasn’t Barack Obama’s speech, for in that dribble he did the same-old, same-old: he claimed to yearn to see both Democrats and Republicans get together, while delivering contradictory verses designed to continue the separatism and divide that he has been famous for initiating and perpetuating. The historic event that occurred tonight was that which was glaringly missing from his speech. And that was a powerful threat directly to the Iranian government, telling them that if they don’t immediately release our Navy sailors we will forthwith institute military force against that nation and cancel the Iranian-favorable Nuclear Deal.