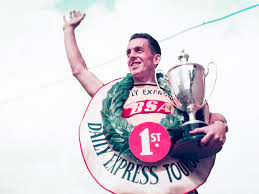 Philadelphia Mayor Jim Kenney – A heroic police officer chased and shot a radical Islamic terrorist on the city streets of Philadelphia after the terrorist had shot him point blank several times. Officer Jesse Hartnett exited his police cruiser profusely bleeding from serious injuries, including a severed artery, to go after the man even though he subjected his life to further peril; it was a gut instinct effort to stop the terrorist from shooting others. The suspect, whose attempted murder was fully caught on video, specifically told law enforcement that his assassination attempt was “in the name of Islam.” He also pledged allegiance to ISIS and said he was following Allah. Democrat Philadelphia Mayor Jim Kenney, however, proclaimed, “In no way shape or form does anyone believe that the following of the Islamic faith has anything to do with this shooting.” By “anyone,” this liberal bumblefoot must mean “anyone” who has the intellect of a truck tire, as the following of the Islamic faith was the terrorist’s stated purpose. Perhaps this terrorist was following a particular strain of Islam not embraced by most Muslims, but he indeed was following Islamic doctrine, the same as the ISIS operatives to whom he pledged himself. The City of Freedom needs to vote out Jim Kenney.

David DiPietro – The former mayor of Aurora, New York, DiPietro has the most conservative voting record in the New York State Assembly since his winning election in 2012. A strong pro-Second amendment advocate, DiPietro introduced a bill to repeal the dangerous NY SAFE Act. Bravo.

Bruce Jenner – Is this what happens when you stop eating Wheaties? Hey, people should be able to do whatever they want with their bodies. But don’t expect to use a women’s restroom just because you eliminated one body part in exchange for another. The former-Olympian-still-a-man should expect to get knocked out by a real-man husband or father if he tried to go into private restrooms or dressing rooms designated for females.

Bernie Sanders – No praise for this foul communist, but let’s not give this joker the boot yet. He’s in for the duration of the Democratic Primary and that’s good news because it serves as a reason for Hillary Clinton’s own party to pick her apart some. This, in combination with the GOP’s growing, direct attacks against her, should provide enough factual data for independents – and even some donkeys – to vote against her in the general election. Especially if a different-style Republican like Donald Trump is her opponent – because an exciting, intelligent anti-establishment GOP nominee surely appeals to more than just Republican primary voters.

Courtney Canfield Greene – The Orange County Republican Chairwoman unexpectedly assumed the top behind-the-scenes post in early 2014 and has led her party to consistent victories in a county that has three Democratic city strongholds – Middletown, Newburgh and Port Jervis. Praise for this…And praise for any party leadership who can think outside the box and realize that the Republican base is disgusted with the establishment and that, clearly, the Old Guard GOP can’t win in 2016.

The Donald – How awesome is that he issued 20,000 tickets for a Burlington, Vermont theater that only has 1,400 seats. And then he turned away everyone who wouldn’t pledge their support for him.

Ted Nugent – A big rock n’ roll guitar solo for calling out Obama for the racist that he is.

The Creator of Popeye – What a cool character. His spinach obviously has more strength than Bruce/Caitlin/Its Wheaties.

The Racist Reverend – We can’t allow ourselves to forget that this alleged “Man of the Cloth” was named by Barack Obama as his “uncle” and “mentor.” Obama, who was married by Wright and had the man baptize his children, admitted to being a regular at his church. Yet, he somehow conveniently missed every anti-white sermon Wright delivered, which was just about every week the guy babbled at the pulpit. One of his many ranting, racist statements: “[The United States] government lied about their belief that all men were created equal. The truth is, they believed all white men were created equal.”

The Empire State News Editorial Staff – Mega praise for ourselves because we are taking this widely-read, over-a-decades-old statewide newspaper and making our points loud and hard. The winners will be recognized with lavish praise and the losers, well, they will be lambasted with the appropriate written criticism. For now on, this will be a daily affair, ongoing in perpetuity.