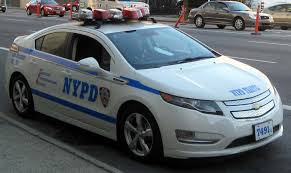 A police chase, originating on 242nd Street and Broadway in the Bronx and ending in Yonkers, NY, had deadly consequences this Tuesday. Around 11:45 this morning, an NYPD marked control vehicle attempted to pull over 2 suspects in a Nissan sports car, who were allegedly driving erratically. The suspects took off, fleeing the scene, and entered the Henry Hudson Parkway N and the police followed suit.

According to Westchester County Public Safety Commissioner George Longworth, at some point during the chase, the NYPD unit lost site of the vehicle and then spotted it driving southbound in the northbound lane into oncoming traffic. It is assumed the vehicle made an illegal U-turn. The NYPD unit turned around to pursue the Nissan, which thereafter collided with several civilian vehicles.

The passenger suspect was taken into custody on the scene. The driver, however, climbed out of the window of the Nissan, hopped over the guardrail and ran into the nearby woods of Tibbets Park. Per Longworth’s statements during a press conference, the fleeing suspect was pursued by the officers, one of whom fired a single fatal shot, killing the suspect.

Longworth also reported that the two NYPD officers were transported to St. Barnabas Hospital and were undergoing treatment for trauma, while a passenger of one of the civilian vehicles struck by the suspects was taken to Jacobi Medical Center for non-life threatening injuries. No other injuries have been reported.

A law enforcement official identified the fleeing suspect, who was shot and killed, as Miguel Espinal, a 36 year old man with a criminal record including a 1998 robbery conviction, a 2006 burglary conviction and open warrants in Florida for both assault and burglary.
The passenger suspect was identified by a law enforcement official as Akeem Smith, a 25 year old male currently on probation for his role in a drug smuggling case which he plead guilty to in 2011.

Per Longworth, the Saw Mill Parkway was reopened on Tuesday with Tibbets Park remaining closed overnight for investigation.