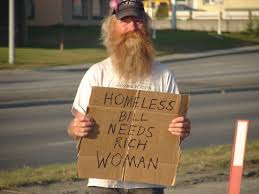 Assemblyman Andrew Hevesi, who is also New York State’s Social Services Chair, whined “The Governor’s track record of managing homelessness in New York has included claiming we resolved the problem; drastically reducing the State’s share of costs associated with homelessness and poverty; threatening to eliminate funds for shelters this summer; and casting blame for the crisis. If this is what Governor Cuomo has in mind when he talks about providing management expertise, thank you – but no thank you.”

No way! That’s all Cuomo allocated toward homeless shelters in New York City? Just $123.8 million in a year?!…The aforementioned was sarcasm, if one didn’t recognize the tone.

This gi-normous amount of money would be better (and more morally) spent on assisting small businesses throughout the state. You know – for people who are actually working and contributing to society. You know – for taxpayers.

Can the people in Hevesi’s district vote him out of office ASAP? Or are the voters there a bunch homeless people, who are sucking off everyone else around the state?