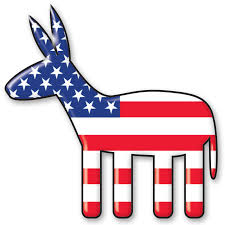 Well, yippee! The College Democrats of New York are letting us know a candidate that they think will be a good congressman. They sent a letter to Ulster County Executive Mike Hein, pleading with him to run for New York’s soon-to-be-vacant 19th District congressional seat. The current congressman, Republican Chris Gibson, has said that he will not be running for a new term. Five Republicans have already lined up to campaign for the seat.

Hein, who has apparently been asked by every county Democrat municipal chair in the district to run, has not committed to seeking the seat yet. Hein just won his third term of Ulster County Executive last month. One wonders why he would have run to reclaim his current office if he was preparing to bolt for a possible congressional position. One also has to wonder why anyone would care about an endorsement from a group of ultra-liberal, unsophisticated college numbskulls. Here’s an excerpt of what the collegiates had to say to entice Hein:

“Republicans have voted for budgets that would slash Pell Grant funding, opposed LGBT and women’s rights in 2015, and have no plans to combat climate change or preserve our environment for future generations.”

I guess another ultra-liberal might like the above nonsensical gibberish. Let’s look at the “important” issues that the College Democrats itemized for Hein.

Message to the fabricating talking point Demo-duds: There is no war against women by Republicans. Mainstream, regular Americans don’t buy into this craze-building hyperbole. Something Republicans – and all sound thinking Americans – do think is that we don’t want to pay for students’ contraception, like that babbling buffoon Sandra Fluke demanded. Why would American taxpayers want to pay to assist in her sexual relations – and does anyone really want to engage in such with her anyway?

Also, most Americans do not want their taxpaying dollars funding the anathema of abortion. This, to any rational person, has nothing to do with “women.” It has to do with humanity. It has to do with wanting to stop the murdering of babies.

I’m a Republican and I don’t oppose LGBT rights. I have always been in favor of gay marriage. Guess who hasn’t always been in favor of gay marriage? A few very key Democrats who the College kids refuse to acknowledge were outright opponents to gay marriage. Yes, Hillary Clinton and Barack Obama – they actively campaigned against gay marriage…Another message to the New York College Dem-O-Strators: being in favor of gay rights doesn’t – and shouldn’t – mean that you infringe upon others’ rights. Example:  First Amendment protections to freely exercise religion. Read this recent Empire State News article for more clarity – and the law: http://www.empirestatenews.net/2015/11/28/farm-wrongfully-persecuted-for-refusing-to-host-gay-marriage/

What’s the matter, the school boys and girls can’t call it “global warming” any longer? Has that term become politically incorrect? Or has it become outdated because science and commonsense prevailed, proving that the climate wasn’t warming everywhere – really, it was just getting slightly warmer in a few places. More so, many areas across the world started getting colder since the initiation of the “global warming” fanaticism emerged. Once the blinded-by-the-light, easily-propagandized, socialist-types realized that “global warming” wasn’t occurring, they pivoted to calling the phenomenon (or really lack of phenomenon) “climate change”…Yet another message to the teeny-weenies: climate change has been happening since the beginning of time. That’s the definition of “climate” – it’s always evolving and changing…These are people, mind you, who are sound-bite followers of one Barack Obama, who just the other day made the ludicrous assertion that global warming is the greatest threat to our national security.

Note to New York College Democrats: do more research before you bloviate. Be more thoughtful, like the College Republicans and Libertarians.

Maybe Mike Hein, a Democrat, wants College Democrats (and any liberal) endorsement, but really, no one else cares. And, more so, one should consider what these Demo-goguery students blindly stand for: socialism and inequality.