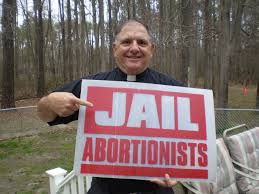 Millions of human lives are being murdered – a daily practice at abortion clinics – yet the Suffolk County Police, have decided to enhance patrol at Planned Parenthood locations within their jurisdiction. Suffolk County is nestled within the very wealthy domain of Long Island in New York.

Nothing (at least that we know of) is being done by this police department to stop the baby-murdering rampage within their county, presumably because abortion is legal. That U.S. Supreme Court dictate, however, doesn’t preclude them from investigating – and making arrests – for late term abortions, killings connected to partial-birth abortions, and the illicit selling of fetal body parts. But, just so we all feel comfortable, the dirt-of-the-Earth Planned Parenthood staff in Suffolk County is getting taxpayer funded special protections from the police.

A press release from the Suffolk County Police stated:

“While no specific threats have been made toward Planned Parenthood locations in Suffolk County, the department will enhance patrols and remain in contact with other law enforcement agencies for the most up-to-date information regarding the potential for similar attacks.”

This is in response to a shooting that occurred at a Planned Parenthood death center about 2,000 miles across the country in Colorado Springs, Colorado.