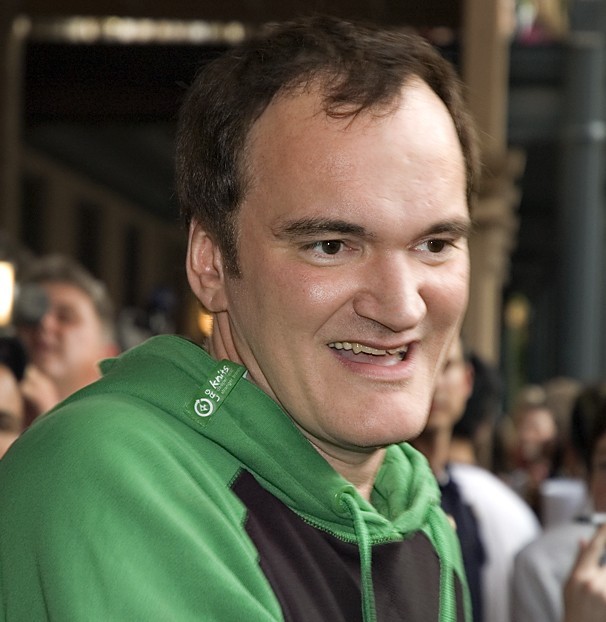 I love Quentin Tarantino’s movies. The scene with Christopher Walken and Dennis Hopper in True Romance is just precious. Pulp Fiction is a masterpiece. So is Inglorious Bastards. Django Unchained was fantastic. Jackie Brown was a bomb.

And so was his criticism of police, at one of the idiotic Black Lives Matters rallies. One that was in the Empire State. While his movies are great, the man is a complete bozo. He’s also a crappy actor and a bit strange looking. He has a lot of forehead.

Anyway, during a rant at the somewhat seedy Washington Square Park in Manhattan, Tarantino, covering his eyes with sunglasses (maybe they were bloodshot, maybe he can’t look people directly in the eye), declared that cops are all too often murderers. He yelped, “When I see murders, I do not stand by…I have to call the murderers the murderers.”

Geez – he can’t stand by. What exactly does he do aside from bloviate while wearing shades in New York City? Does he put his life on the line, patrolling the same park where he spanked out his ill-gotten words? Or maybe in Harlem or the Bronx? Perhaps in Orange County, New York, in a murder capital like Newburgh where, by the way, there isn’t much of a record of police killing people. In fact, it’s all about gang members and other criminal elements killing each other there.

Which brings us to the Orange County Sheriff Carl Dubois, who is being granted a raise by that county’s legislators. Some are upset about the pay increase, which is $21,000 to be paid over approximately the next twelve months. They’re seemingly upset because about a year ago the legislature had apparently said they were freezing elected officials’ salaries for four years. Now, after further review, they changed their minds. So what.

The man has been applauded for raising substantial revenue for his county by housing immigration detainees at the jail he oversees. He’s one of the longest-standing elected officials in Orange County. He subjects himself to the same dangers as every other law enforcement officer. And, a note to Mr. Tarantino: he has never murdered anyone, just the same as over 99% of law enforcement officers.