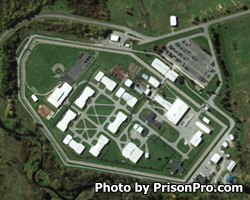 Investigation revealed an inmate was involved in an altercation with two other inmates and was stabbed in the chest, abdomen, and neck. He was pronounced deceased at the scene, and St. Lawrence County Coroner, Kevin Crosby ordered his body be removed and transported to Claxton-Hepburn Hospital in Ogdensburg. An autopsy is scheduled for November 12, 2015, at Albany Medical Center. The deceased’s name is being withheld at this time pending notification of next of kin.

The investigation is on-going with the assistance of the New York State Department of Corrections and the St. Lawrence County District Attorney’s Office. The scene is being processed by the New York State Police, Troop “B” Forensic Identification Unit.